Emancipation on the Eve of a New Year

January 1st is the 150th anniversary of the Emancipation Proclamation, the decree signed by President Lincoln that freed those slaves living in states not under Union control. Though it did not abolish slavery (the Thirteenth Amendment, passed in January of 1865, did this), it was significant in that it paved the way for African Americans to be enlisted into the federal army. It also turned the dialogue from the war being one to “save the Union” to one being fought against slavery.

To commemorate the 150th year of this document, the National Archives will display the original document through January 1 in the East Rotunda Gallery where the Declaration of Independence, the Constitution, and the Bill of Rights are displayed.

Years ago, I stood at the door of no return at Goree Island in Senegal, West Africa – a door undoubtedly that my ancestors crossed to come to these Americas. 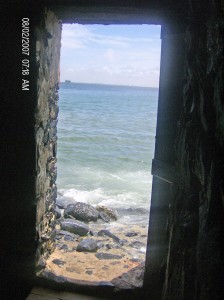 As I stood at the threshold of that door of my own free will, I wondered what those who have stood here against their will would have been thinking, the fear of the unknown, of the horrors that lie ahead.

The Emancipation Proclamation was not perfect document, but I will be at the National Archives to commemorate its 150th year as well as its place among the other imperfect yet significant documents that have formed this nation.

Here’s to freedom, justice and a very HAPPY NEW YEAR.

4YMMTAEU3PND
It’s that time of year again — reflections on the past and projections for the future. In reflecting on 2012 in my personal life, I am truly grateful and thankful that I have a roof over my head, a job and caring friends and family. On the business front, I have a lot of work to do to make RAM Jewelry Designs what I think it has the potential of becoming.

Here’s wishing you all much success, peace and blessings for the coming year.