In celebration of Black History Month, Etsy Artists of Color team members are blogging about artists of African descent who influence our work. This entry focuses on one such influence. 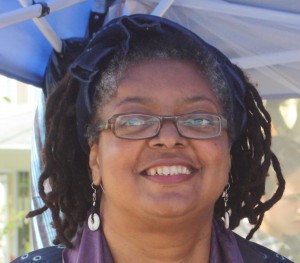 If you ask anyone in downtown Takoma Park, Maryland who Cheryl Moody is, it might not register. But if you add, “you know, the Bead Lady,” their eyes will no doubt twinkle with a sign of recognition. Cheryl Moody, aka, the Bead Lady, is a widely-respected mixed-media artist in the Washington, DC area. I met her about seven years ago while taking a class at a local bead store in Takoma Park.

From my first lesson with Cheryl, I noted that not only did she possess the skills of her craft, but she was also able to convey them to her students in such a manner that resonated with us and encouraged us to challenge ourselves. I instinctively knew that if I intended to go further with jewelry design, that I wanted her as my mentor. And that she is. And much more. 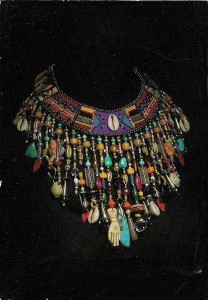 one of her signature pieces

Cheryl describes her art as “an eclectic mixed media with an ethno-centric aesthetic.” Her influences range from Ndebele (southern Africa) to Native American;she also has an affinity for talisman pieces from various cultures. 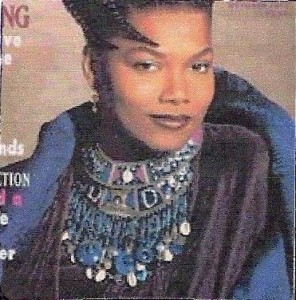 Her specialty patchwork collars, which feature African textiles, have appeared on the cover of Essence magazine. Her jewelry has also appeared in publications such as the New Yorker, Lear, Elle, Upscale, Ornament and Smithsonian. Cheryl has designed for the group Sweet Honey in the Rock and the actor Gloria Foster (for the film Leonard Part 6). Her wearable art has adorned personalities like Queen Latifah (Essence, October 1993 cover) and Camille Cosby. What I am most impressed about, however, is her ability to see possibilities in the most banal of materials and her spirit of generosity. 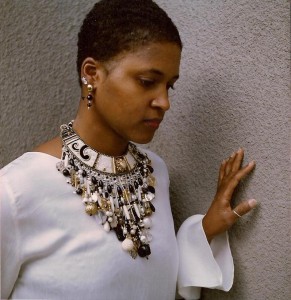 Cheryl Moody teaches and resides in the Washington, DC area. For her teaching schedule at S&A Beads, click here.